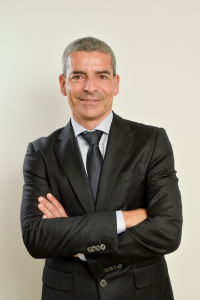 Claude is a Mechanical Engineer and a Chartered Member of the Institute of Occupational Safety and Health in the UK. He is recognised as a competent health and safety practitioner by the Malta Occupational Health and Safety Authority and as an inspector for the petroleum inland (retail) fuel market by the Malta Resources Authority. He is also an ISO9001 Lead Auditor, an OHSAS18001 Internal Auditor, and a qualified EPRDM (Energy Performance Rating of Dwellings) Assessor in Malta.

Claude started his career in 1995 as Quality Engineer with Malta’s largest private employer. He moved on to the role of Reliability Engineer with an automotive components manufacturer in Luxembourg for a period of three years. In 2000, he returned to Malta and became involved in Occupational Health & Safety (OH&S) as a result of his appointment as Technical & EHS (environment, health & safety) Manager, and later on as Integrated Management Systems Manager responsible for Quality, Environment, Health & Safety with one of Malta’s leading multinational organisations. During this time, he furthered his expertise on quality, environment and OH&S through specialised training and participating in numerous assignments both locally and overseas.

In 2007, he set up his own private practice providing advisory services on occupational health and safety and quality management, and built up a respectable list of clients from various sectors of industry. In 2009, he joined Resolve Consulting Limited as a director and shareholder.

This website uses cookies to improve your experience while you navigate through the website. Out of these cookies, the cookies that are categorized as necessary are stored on your browser as they are essential for the working of basic functionalities of the website. We also use third-party cookies that help us analyze and understand how you use this website. These cookies will be stored in your browser only with your consent. You also have the option to opt-out of these cookies. But opting out of some of these cookies may have an effect on your browsing experience.
Necessary Always Enabled
Necessary cookies are absolutely essential for the website to function properly. This category only includes cookies that ensures basic functionalities and security features of the website. These cookies do not store any personal information.
Non-necessary
Any cookies that may not be particularly necessary for the website to function and is used specifically to collect user personal data via analytics, ads, other embedded contents are termed as non-necessary cookies. It is mandatory to procure user consent prior to running these cookies on your website.
SAVE & ACCEPT